I had the opportunity to kick start some visual concepts for the team at Planto when they were first starting and below is some of the work I help produce as part of the brand visualisation in their early stages. Throughout this project, I provided UX/UI consultation as well as executing early stage mock up work to help visualize planto's goals.

While the guys at Planto (I'm told it's pronounced plant•to), had solid experience in finance, breaking into this industry from scratch meant building a sense trust amongst their audience.

I had proposed to consider using a wordmark as a part of their brand and to be open to using a more traditional but friendly appealing font for their wordmark. The idea was to convey a sense of establishment, but not be overtly stuffy. 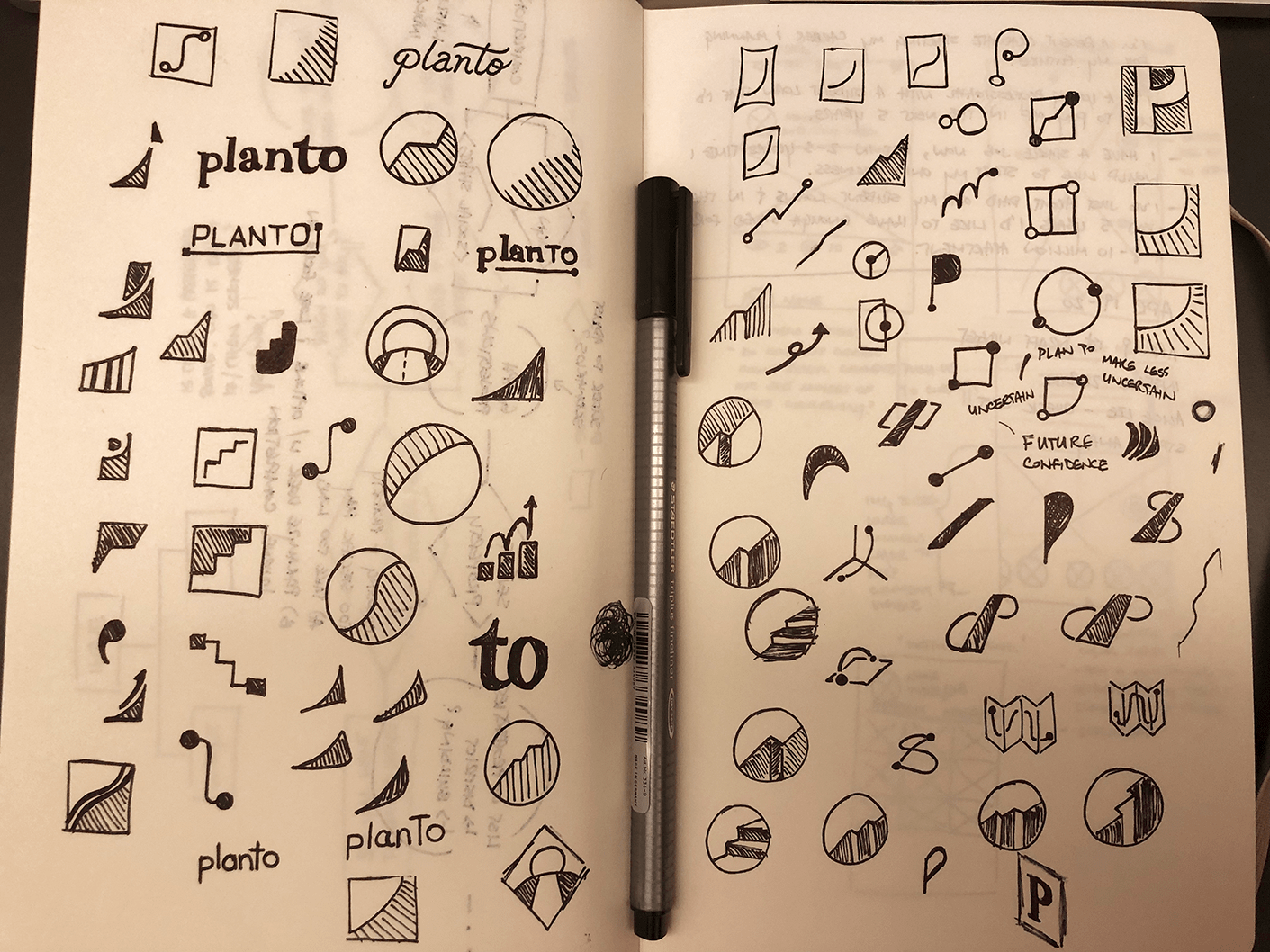 Early sketching exploration of the wordmark

Eventually deciding on this execution, I proposed that this would help establish a sense of credibility while still appearing approachable.

The face of Planto

The next piece of work was to put together an informative homepage that gave a glimpse at some of the features of the product as well as share some of the values that the team at planto wanted to express.

The primary function of the page was to gauge interest in their newly developed product. One of the metrics at the time was to encourage users to sign up to their subscription list to help them get a sense of how in-demand their concept was, but to also start creating a channel for them to communicate to potential users.

The second piece to Planto's launch plans were to launch a widget that would help provide an early stage glimpse into sharing the "why" of their business.

The widget would essentially enable a person to paint a picture of their financial goal, and provide a forecast to how far/near they were to reaching where they wanted to be financially.

Since sharing these concepts, Planto has evolved their visual style and has successfully launched their product offering.

Having worked towards their early stage, it was fascinating to learn of how quickly the team iterated and optimised towards a clearer path; both for themselves as a primary differentiator and for the benefit of their user base.